Scraping the Barrel - a biscuit sonnet 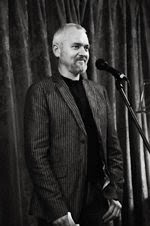 Matt West, Southampton's first Poet Laureate for Children ran a poetry workshop for us today (photo by Clair Anderson). We were tasked with writing a sonnet about broken biscuits. First we learnt all the sonnet rules and then broke them! Here's what we came up with.....


In the end does it really matter
if the biscuits are broken in pieces?
Too many of them will still make you fatter
on your platter with chorizo and cheeses.

This crumb on my plate, to me is a misfit,
it takes away the pleasure of busting my biscuit.
A broken biscuit is a reject left on the shelf,
with no other company apart from itself.

But Paul likes the irregular jigsaw fit
and Lee the malty-cultural mosiac blend.
You never quite know what you are going to get
or how the crumbly experience will end.

Dust to dust, ashes to ashes, who really cares if the biscuit smashes.
Every biscuit is destined to break up and shatter
In the end does it really matter?
Posted by The Biscuit Poets at 14:13 2 comments: 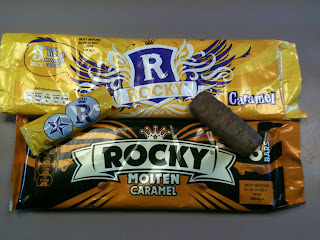 A pugilist,
annihilating opponents with his fist
the towel won't get thrown in
he'll get back up and fight to win

The one and only Stallone, stood alone
victorious on his own
never gives up hope
even when slumped on the ropes


Biscuit: Rocky (we tried caramel and molten caramel - both good but molten best)
Taste test: 7 out of 10
Cost: £1 from Asda in Southampton

We Remember - A Collection of Remembrance Poems

Today we eschewed the biscuit in favour of the poppy as inspiration.

As we remember, those who to be frank, gave everything.
Not just their lives but their futures too.
Who is this message addressed to anyway? Survivors?
Is there a goal in War?

The poppy used to symbolise
The death of Tommy and his demise,
But also grown in far of lands,
For uses that are not so grand.

The history is quite ying and yang,
As England's where it all began.
The Victorians greed for laudanum,
Now mass produced in Afghanistan,
Where we fight the Taliban.

Ironically used to represent
The men who died in Flanders,
The soldiers and commanders.

This beautiful flower,
Has so much power,
To evoke feelings of patriotism,
And the misery of addiction,
Which is no joke.


Why Me? by Terry

A man who never wanted to kill,
A man who could just about pay his gas bill,
Leave me alone, my life to fulfill,
After all the enemy bore me no ill,
Aren't they humans after all?

Why fight one another at someone's will?
Give a thought to those at home,
Love ones and children left alone.

If I were to die
would you think this of me
that here a piece of me may lie
blown on a wave of heat and dust
because I stepped so daintily,
so gingerly upon an IED.

When I come to die
will you think this of me
that here the heart of me may lie
as my swathed and belted body breaks and splits apart
because when you and all of yours depart,
these mountains and this swamp are still my country.

When a soldier fires his gun,
the deed has already been done,
the lazy greed of grasping MPs,
in their will that has been decreed.

The snivelling faceless pushers at the MOD,
blood spilt flows from their pens,
the heroic troops sweating out their lives,
worthless apologetic letters can never make amends.

As our men wearily tread in a combative dance,
those in power recline in blissful ignorance,
for their country the lionhearted risk life, future and limb,
their deaths appear as numbers on a cheap piece of newsprint.


A No Go Area by Jamie

The blood stained mud that clung to my boots
and the stench of human decay
bits and pieces of soldiers, all good,
around me lay.

Such sorrow and pain, and my heavy heart,
their emotions now all gone,
the faces of my comrades in arms
so sad, so forlorn.

I do not wish to feel or understand
the death and destruction that covers the land
nor a wish and a prayer from a dying man's lips.
What has happened to humanity? I'd say it has flipped.

As I sit, squashed in, bottom numb on the hard pew
My mind wanders; thoughts of lunch, gravy browning, potatoes too few?

The sombre tones of an army cadet break through my reverie,
Her voice honours the names of the dead unapologetic, deafeningly.

The Large family mourned a loss too huge to comprehend,
Four vital sons, left dead on battlefields, an agonising end.

How their mother coped with her pain, I wish I knew,
Did her thoughts wander to gravy browning, potatoes and sons too few?

Email ThisBlogThis!Share to TwitterShare to FacebookShare to Pinterest
Labels: Biscuit Poetry. We will remember., poppy, Remembrance Sunday, The Biscuit Poets

Going Down A Storm 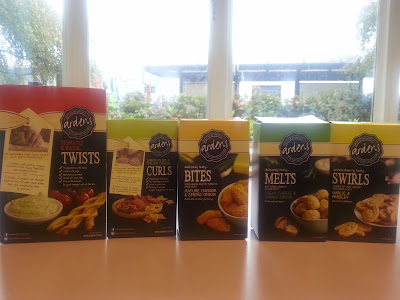 As the wind twists and whirls
And its strength unfurls
We taste melts and swirls,
Ardens’ bites and curls.

Divine with wine,
A tease with cheese.

A treat to scoff
With your warming broth.

Risky with whisky,
Tasty with pastry.

Oh my gosh,
So very posh.
Nice to nosh
With champagne, if you’ve the dosh.

Iconic with a gin and tonic,
A delight to bite.

Wouldn’t go amiss in Putney
With pickle and chutney.

Your mouth would water and dribble
If your pub served these as a nibble.

Moreish in a dish.
Will cheer up the flattest beer.
Handy with shandy,
A soak in a coke.

But don’t be in a hurry
To eat them with curry.

A treat to chew
As the gale blew.
Comfort food
To cope with St Jude.

A big thank you to Ardens for their generous box of savoury treats. 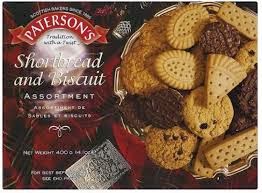 As you stand tonight with sparklers in hand,
Spare a thought for Guys across the land,
As they're tossed upon their funeral pyres,
Ready to be consumed by raging fires.

Symbols of a yorkshire papist,
An ill-fated anarchist,
Way ahead of his time,
Who failed to complete his heinous crime.

408 long years ago,
Guido Fawkes hit an all time low,
When in his wisdom he did try,
To blow king and parliament sky high.

The gunpowder plot never caught fire,
Guy's quartered corpse was left in the mire,
With today's government causing the nation such pain,
Shall we get him back to try all over again?


Biscuit: Paterson's Shortbread and Biscuit Assortment
Taste test: 8 out of 10
Cost: a penny......

NB: The Scottishness of the shortbread got us thinking about James I (also James VI of Scotland)  and his near downfall at the hands of Guy Fawkes
Posted by The Biscuit Poets at 14:39 2 comments: