Oh my favourite Favorini,
Never eaten by Mussolini,
Shaped like a cigar,
But containing no tar,
Helter skelter in white.

Slim and twisty,
Twirly, with a misty
Hazy hint of hazelnut,
Perfect for my gut.

Spiralled like a barber’s pole,
Can’t stop eating these, we’ve lost control.
Rather sweet and sugary,
The crème is a touch too powdery.

Never mind the rhyme
We’ve very little time.
Pass me another of these
Says Brian, please.
They’re simply so sublime.


Biscuit: Favorini Wafer Rolls with Hazelnut Crème
Taste test: 9.2 out of 10
Cost: Under £2 from Lidl in Totton

What the Dickens shall we write about today?
The biscuits we are eating, we heard Oliver say.
Our friend Charles is a writer with some sway.

He came from Portsmouth, way down south,
Where he lived as a child in his Bleak House,
Said Jegan with a dodger in his mouth.

He wrote his Tale of Two Cities,
But not of bitter ancient dockyard rivalry
Between Southampton and Pompey.

We had Great Expectations of this snack
Which came in two flavours in a cellophane pack.
We know we’ve started to veer off track,

So now we’ll take you back again,
Back to where the poem should begin
With Bill Sykes, Nancy and that rogue, Fagin.

Biscuits We Love You

Not only is it Valentine's Day but it's also Biscuit Poetry's 1st Birthday, we wrote our very first biscuit poem exactly a year ago.

To celebrate we speed wrote a love poem to biscuits everywhere - it literally took 3 minutes, we wrote one line each and mixed them altogether (a record surely!) 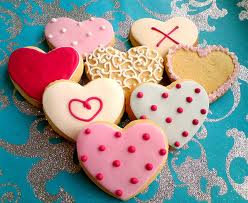 Biscuits, you are all very exciting and nice,
Crunchy and crumbly,
Downfall of DIETS.
You dissolve and cloy in the crevices
and worry the dentist.
Yet small, crumbly and light
sweetened with sugar what a delight
Take a large bite - tasty!
You always turn tears into a smile
You are crunchy when hard
and gooey when soft
but I like you however you are.
Crisp and sweet you are hard to beat,
lovely and chocolatey, coconutty taste
I LOVE YOU
your crunch and texture fill me up,
perfect with a cup of tea.
Oh chocolate comfort food - you make me happy.

Posted by The Biscuit Poets at 15:01 No comments:

Jonny Fluffypunk, performance poet extraordinaire ran a poetry writing workshop this week for all the Biscuit Poets at Headway.

It was fantastic fun, here's the man himself reading our teapots poem - written in under 10 minutes.


Posted by The Biscuit Poets at 13:26 No comments: 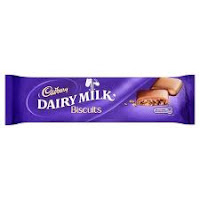 Richard of York was a plantagenet monarch,
his bones were found in a Leicestershire car park.
Ever since he passed and died
his spirit's been searching for a park 'n ride.

Here's some trivial information,
he had major skeletal malformation.
Forever known as the hunchback king,
'My kingdom for a horse!' he used to sing.

Two young princes (one an heir) died
both alleged victims of his ignominious regicide.
His gaunt frame was oft enrobed in purple silk
He should have feasted on biscuits from Cadbury Dairy Milk.