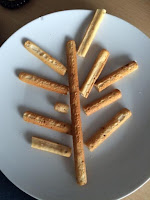 The New Forest was made in honour
As a hunting ground for William the Conqueror
To shoot deer amongst the trees
Of which there are so many varieties.


Our Bill was a Gallic or garlic bloke
And built his invasion ships from mighty oak.
He gave the English army such a bash,
With an arrow in the eye for Harold made of ash.


At the Balmer Lawn they say ‘Owzat’
As they play cricket with a willow bat.
When the Forest weather is fine
You can stroll through avenues of pine.


And in springtime you can see
Pale pink blossom on the cherry tree.
In summer heat you can rest in shade
Of a rare elm or dark beech glade.


Autumn brings the crab apple glut,
Hazels and the fire-roasted chestnut.
It sows the spinning seeds of sycamore
And lets loose the woodsman with his chainsaw.


When there’s frost on the ground the foresters produce
Abundant quantities of Norway spruce.
Christmas is the proverbial season to be jolly
So try your pudding with a sprig of holly.


Among the names we have neglected to use
Are the redwood, cypress, fir and Serbian spruce,
The larch and alder, birch and elder and other species
Because it’s so hard to 'cedar wood for the trees'.


We wanted to include this olive biscuit
But decided not to risk it.
It is made with onion and cheese,
Which coincidentally rhymes with ‘trees’.

Biscuit: Grissini Cipolle or Italian Bread Sticks,
gathered from Italian Bread Trees.
Taste test: 8 out of 10
Cost: A gift from the Bread Tree
Posted by The Biscuit Poets at 16:20 No comments: 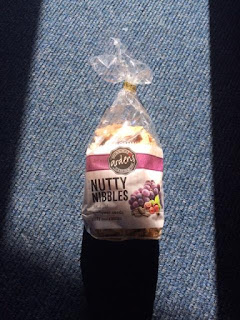 Johnny Be Good, My Ding A Ling, No particular place to go
Chuck strived to create a new sound
he added vibe and passion to the Blues
impressed the crowds with his outlandish moves

He counted Greats Jerry Lee Lewis, Ben E King,
and Buddy Holly as mates
we wish we could go back to his future
In the 50's he went far
doing his duckwalk with his guitar

Biscuit: Arden's Nutty Nibbles
Taste test: 6 out of 10
Cost: £1.79 from Waitrose in Lymington

Posted by The Biscuit Poets at 12:33 No comments:

Email ThisBlogThis!Share to TwitterShare to FacebookShare to Pinterest
Labels: Biscuit Poets, Chick Berry, Johnny Be Good, My Ding A Ling

Why? For National Ask a Question Day. 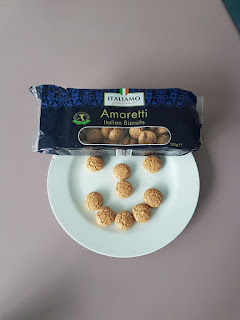 Why is the world a sphere?
Why does the moon draw the tide?
Why are the planets here?
Would you like a rocket ride?

Why are you asking me?
Why isn’t it lunch time?
What can a mole see?
Why should a poem rhyme?

Why isn’t the weather always fine?
Did you bathe in the sea yesterday?
Is there a being that’s divine?
Can you come out to play?

Why is X a chromosome?
Why do biscuits give us indigestion?
Why are we obsessed with a phone?
As Shakespeare wrote, that is the question.

Biscuit: Amaretti
Taste test: 8 out of 10
Cost: Gift from Fiona
Posted by The Biscuit Poets at 17:07 No comments: 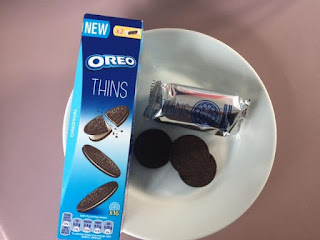 Chop, Chop, Chop
It's Budget Day tomorrow
Which services will end in sorrow?
How many of Hammond's promises
will be hollow?
Is it fair that social care
and education
will feel no elation
about the financial situation?
Dissipation of funding
to the NHS
will leave patients in distress
Diverting budget from Academies
to Grammars
will crush our schools like blows
from hammers
The Government needs to prioritise
open its eyes and stop the cuts
that we all despise.

Biscuit: Oreo Thins
Taste test: 7 out of 10
Cost: 99p from Tesco in Brockenhurst
Posted by The Biscuit Poets at 11:50 1 comment:

The warmth of Spain 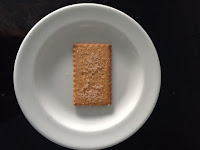 The warmth of Spain
is baked into this biscuit,
it's crisp and snappy
with a cinnamon hit,
we'll polish
the plate off bit by bit.
After our siesta,
we'll have a wild fiesta,
watch bulls in Pamplona,
and Gaudi in Barcelona,
find a senorita
and make her dance with Peter,
we'll attempt the Flamenco
before saying Hasta Luego!

Biscuit: Galletas a la Canela (Cinnamon Biscuits)
Taste test: 9 out of 10
Cost: A gift from Almunecar in Spain

Posted by The Biscuit Poets at 13:53 No comments: