Harry and Meghan plan to get hitched.
Cynics say, give it a while and she’ll be ditched.

Others say, they’ll jump the broom
and we think Harry will make a handsome groom.

For the bride there’s controversy
About a lack of aristocracy
Or a family tree,
As she’s an American divorcee
With an echo from history
But maybe she’ll bring the royal family
Into the twenty first century.

Harry may be a man of the people
But they won’t be married under a steeple.

Even though the American’s dream might turn sour,
before we go that bit too far

We’d like to say,
‘Good luck Meghan, on your doubled day,
And good luck Harry, patron of Headway.’

Taste test: 9 out of 10
Cost: From the Co-op in Lymington
Posted by The Biscuit Poets at 14:17 No comments:

Rise every time you fall 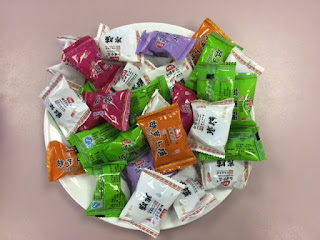 Confucius said:
"Our greatest glory is not in never failing,
but in rising every time we fall".
Like a phoenix emerging from the fire,
keep ascending with the will to aspire,
seize the day and fulfill your desire,
like the fire rooster keep flying higher. 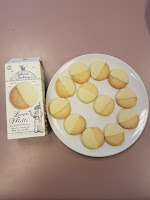 On Mull every day is rainy,
a local dons his mackintosh,
the River Tobermory
becomes awash.

The islanders on Mull,
are far from dull,
they're quirky with a lot of soul.
Some spend many a day aloft,
as they sip wee drams on their croft.

Mullochs exist at an easy pace,
recycling everything to avoid waste,
set apart from the modern rat race,
of stress there is no trace.

It rains a lot on Mull,
the sun often stops shining,
but every cloud has a biscuit lining,
hydroelectricity supplies the energy,
to produce lemon melts
of the highest quality.

Posted by The Biscuit Poets at 15:26 No comments:

Reunification of a nation 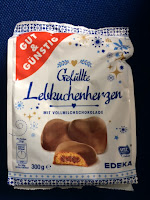 Germany's heart was torn apart
Berlin was divided in two
families were affected
when the wall was erected
East and West
Two opposing ideologies
political enemies
9.11.89 Checkpoint Charlie
became benign
the iron curtain fell
it was reunification time
Germany gave the world a sign
young people with mullets
hit the wall with mallets
proclaiming peace through their graffiti
aerosol poets rewriting the treaty