Jo is off on her summer break,
We are sick of biscuits, so let's have some cake.
A banana cake that tasted great,
It should be an award-winning bake.

A tasty treat that we love to scoff,
its far better than watching the British Bake-Off.
John should receive the Turner Prize
as the cake disappeared before our very eyes.

While the baking craze sweeps the nation,
We're salivating over John's creation.
Packed with squidgy banana and juicy sultana,
this could take us to taste bud nirvana.

With thanks to John T for our tasty surprise,
Cake is a great treat but we can't tell lies,
Our rebellion is only for a week, we cannot disguise,
We love biscuits, they are our pride.

HuRraH it's a boy! 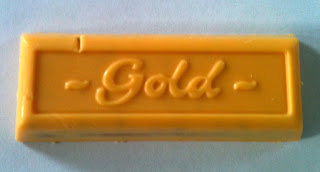 Hear ye all subjects of the realm,
This prince one day will take the helm.
Born yesterday at half past four,
A healthy 8lbs 6, who could ask for more?

Although a week late, it was worth the wait
for all the public at the palace gate.
The Duchess of Cambridge was delivered of a son
Today he's front page of "The Son" - what fun!

The princeling was born fit and healthy,
A golden boy, powerful and wealthy.
What name will be bestowed on him,
Shall it be "All hail King Tim"?

Or Arthur, Andrew, Philip or Olly,
Nay a republican choice would be such folly.
George is the name we think they'll choose,
This is a bet we just can't lose.

P.S. WillKat, can we have an O.B.E. once you've read our poetry? 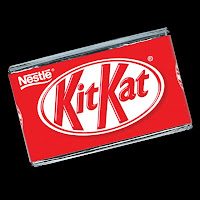 Oh Aussies, with your smart green caps
Such gentle, kindly, sporting chaps
We Biscuit Poets mourn for you
As you're beaten by young Cookie's Crew.

Biscuit: Nestle Kit Kat
Taste test: 10 out of 10 (Four fingers is best but we love the Chunkie too)
Cost: From everywhere!
Posted by The Biscuit Poets at 14:33 2 comments:

An Ace Poem for Andy. Anyone for Tennis? 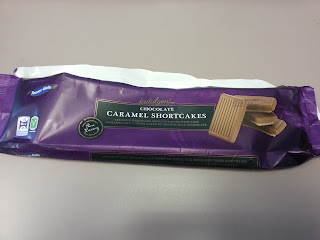 Our biscuit today comes from South West Nineteen
where the tennis that fills our screen can be seen.
Beside the head office of Lidl UK
We can watch the contestants at play.
It’s a chocolate caramel shortcake,
Ideal between sets or a tense tie-break.

Wimbledon reaches its second week
and most of the famous seeds have lost out.
The trophy is there for Andy to seek.
We hope he gives that Serb a clout.
He’s yet to face his old foe Djokevic,
But we’re sure he’ll beat the son of a bitch*.

Fancied Federer, knock- kneed Nadal,
both favourites, at first hurdles fell.
Slipping Sharapova, disputing every call,
grunting grimly, could hardly return a ball.
The lanky Russian created such a racket.
It turned out she couldn’t really hack it.

Between Maria and Serena, there’s no love lost,
Miss Williams held the first advantage,
but despite her strength and courage,
she found so soon and to her cost
that when it comes to a final booming serve,
surely and serenely, you should hold your nerve.

Across the net the ball flies to and fro
The rally starts to pick up pace
When the match is tight, the deuces flow.
We like the player who can lose with grace,
Just like almost every wretched Brit.
No- one has the skill, the balls, the grit.

Even lovely Laura let us down.
That only leaves old Andy, with his frown.
Fred Perry won the last men’s British ace.
Murray, we all hope will finally save face.
He’s still on course to fulfil his dream
To become, like this biscuit, simply supreme

*An Apology
We like you really, Novak,
and can say for a fact
that Anita thinks you such a dish
that for no other would she wish,
and though you too can truly play,
for a tricksy rhyme all else gives way

Biscuit: Tower Gate Indulgent Chocolate Caramel Shortcakes
Taste test: 8 out of 10 - notice how the packaging is in Wimbledon colours!
Cost: From Lidl in Totton (very inexpensive).