Marine life is
slowly being strangled
by a plastic noose,
earth is drifting towards
an ecological disaster.

It's up to all of us
to wrestle back control
to steady our course from chaos
to change our disposable culture.

Biscuits: Drifter
Tasting Notes: Chewy and gooey
Score: 7.5 out of 10

Posted by The Biscuit Poets at 11:19 No comments: 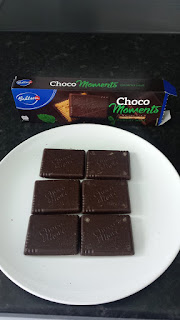 It’s less than a week to go,
Before the Windsor wedding show,
Coins will be struck at the Royal Mint
But a gold proof coin would make anyone skint!

Thomas, the bride’s estranged father
Is in a bit of a palava
He’s deciding whether he’s attending
His RSVP is still pending
Maybe he is camera shy
Or just not a family guy
Or rather than be there to give her up
He’s spending the day at the footy World Cup!

Who will lead her down the aisle,
A royal or one of us rank and file?
Who will it be who has the honour
Of escorting the Royal’s first lady of colour?
In the absence of her brother
Maybe it will be her mother,
If she’s really stuck then Prince Charles can,
As long as he’s not a Chelsea or a Man U fan!
Ed Sheeran might play the bridal tune,
Though he looks far too much like the groom!

Our biscuits, like the Royals, have a posh hint
They have a delicate taste of mint,
With a thick chocolate layer, perhaps not so healthy
And only 6 to a packet – you’ll have to be wealthy!

Biscuits: Choco Moments Mint
Tasting Notes: Delicious, but only 6 in a pack - rip off!
Score: 9 out of 10
Posted by The Biscuit Poets at 13:25 No comments: 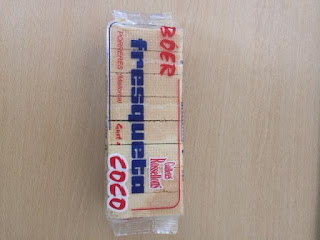 Memories are layered in an order
we can't be sure of.
First memories are wispy like dreams,
fleeting and elusive,
nothing is quite what it seems.

The agony of snow in your wellies
at the age of four,
a hospital visit from a thumb
trapped in a door,
pushed in a pram by an elder sister,
jostling and laughing
whilst playing Twister,
a toy sweet shop full of delight,
performing on the potty
with all your might!

These are our first memories
we revisit time and time again,
frozen in our minds
until the bitter end.

Biscuits: Layered Wafers from Majorca
Tasting Notes: Lots of layers, quite dry
Score: 6/10
Posted by The Biscuit Poets at 12:52 No comments: 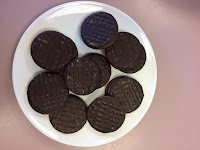 Mother may we?
Yes you may
Hip hip hooray
Today is May Day
Pinch Punch first day of the month
A nip and a kick for being so quick
A poke in the eye for being so sly
A slap round the face - you're a disgrace!
The darling buds of May are running late
they better bloomin' hurry or they'll miss their due date
Yet Youngsters are still prancing around the Maypole
Their joy and colour lifts the soul,
Soon Theresa May's Tories will face their own poll
Will they or won't they find themselves on the dole?!