Where is the Beast from the East? 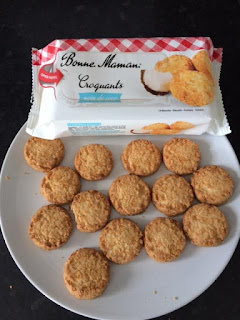 On the East Coast

Jo's son Bill wants it the most
but will it deign to snow
on the South Coast?

Yesterday Karl spied
a flake on a Totton street
but within the blink of an eye
it had turned to sleet!

It's meant to snow
from three until four,
let's hope this time
it sticks on the floor

We will be having
snow fights galore.
Bring it on snow,
more more more!

The UK will be colder
than the Arctic Circle
let's all steal thermals
from Angela Merkel.


Biscuits: Bonne Maman Croquants - noix de coco
Taste test: 8 out of 10
Cost: £1.75 from Waitrose in Lymington
Posted by The Biscuit Poets at 15:00 No comments:

Email ThisBlogThis!Share to TwitterShare to FacebookShare to Pinterest
Labels: Biscuit Poetry, The Beast from the East

The New Place To Go 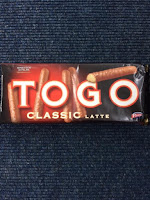 The Cultural Quarter in Southampton
Is the new place to go,
there's the Nuffield and the Hansard,
no longer just Nando's

It opened last Friday
with dancing and a fireworks display,
Southamptonians are delighted
they've waited many years for this day.

There'll be poetry, plays
and art installations
and ideas a plenty
to inspire cultural conversation.

The Shadow Factory play
is about the Second World War
the cast is packed with celebrities
and starts galore.

There's a programme
including the 451 poetry night,
at last after years of anticipation
we can finally join in this celebration.

Posted by The Biscuit Poets at 13:36 No comments:

Sledging their bets and taking the piste 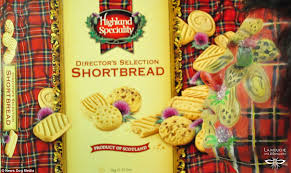 We love the thrill.
We adore the chill.

Although we enjoyed the ice hockey
That they played in Sochi,

Now the climate in Korea
Is causing apprehension and fear.

Cross winds and gales
Knock snowboarders off the rails.

We’re expecting some falls
In the sloping moguls

As the athletes twist and turn
To avoid a friction burn.

The Brits need a gong
But it may take us too long.

The Canadian flag is unfurling
To mark their couple’s win at curling.

There are other events that we could list,
Including breaking your wrist,

And British dismay
In the four man bobsleigh,

Free-style crash landing, falling on ice,
That may not look pretty, although the music is nice,

And sledging in Lycra that seems quite silly.
A fake fur coat would be far less chilly.

Koreans must feel a new sensation
With their sporting unification.

After years of hostile confrontation
They’ve come together as an Olympic nation.

But we expect it still
All to go downhill

Rather than make progress forward
Because in that North Korean cupboard

You will find not just the bobsleigh and the luge
But an array of skeletons that is so huge.


Biscuits: Director's selection of Highland Shortbread
Taste test: 8 out of 10
Cost: £11.10 from Amazon
Posted by The Biscuit Poets at 13:54 2 comments:

We Salute the Suffragettes 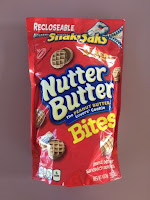 It's the suffragette centenary
marking women's first step for liberty,
setting themselves free
from kitchen and household drudgery.
They wanted the vote, an occupation,
recognition and emancipation

Purple, green and white
were the colours of the suffragette fight,
they were hellbent
on destabilising the establishment,
chaining themselves to railings
on account of male failings.
They stopped eating and suffered many beatings,
some even resorted to starvation
to get themselves heard by the nation.

And so it continues today,
with the demand for equal pay,
we salute the women of yesteryear,
who took on the campaign without fear.


Biscuits: Nutter Butter
Taste test: 7 out of 10
Cost: Gift from the USA
Posted by The Biscuit Poets at 12:20 No comments: